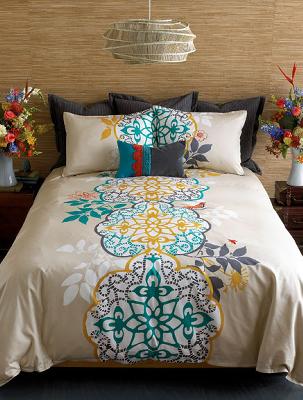 Is there a difference between a duvet and a down comforter?

A duvet, pronounced "due-vay" (it means "down" in old French) is the same as a down comforter; in it's simplest form, a cloth bag filled with down and feathers. Duvets or down comforters (also often referred to as a duvet insert in America), originated in rural Europe and were often filled with whatever kind of feathers that happened to be available.

Many people in the United States say "duvet" when referring to a duvet cover. Most people in Europe and Canada refer to a down comforter as a duvet.

A duvet cover is the protective and often decorative cover that slips over the down comforter (or duvet), much like a pillow case on a pillow. Most have button or zipper closures.

These days, a quality down comforter is much more than a rough cloth bag filled with the inedible portions of last nights supper! :) Luxurious soft down proof fabrics, highly processed, super clean, de-dusted and sanitized white goose down and state of the art baffled box construction results in a down comforter that will stay fluffy and warm for many years to come.

No matter what you call them, we think nothing matches the experience of sleeping under a quality down comforter - or duvet!