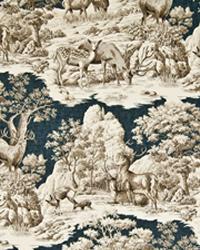 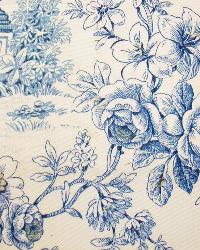 Classic floral toile fabric features large prominent flowers to small more subdued stems. Whether for drapery or upholstery these Floral Toiles will be a fantastic touch to your homes decor. 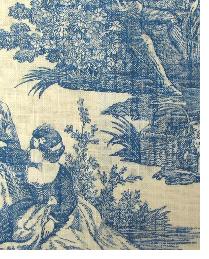 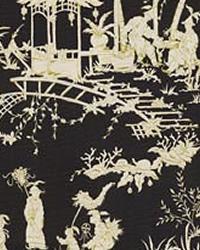 Chinoiserie Fabrics are beautiful and flowing asian inspired toile fabrics featuring pagodas, oriental flowers and traditional asian scenes and prints in classic Chinoiserie colors can be found in this oriental toile fabric for drapery and upholstery use.
Toile derives its name from Toile du Jouy, French for "cloth." Toile fabric dates back to 1760 when it was first mass produced in Jouy-a-Josas, France. So in love with this pattern were the French, the secret etching techniques were spirited out of the country by their inventor who was later to receive the Legion of Honor distinction by Napoleon for his efforts. Toile Fabric typically comes in a one colored scene, set on a white or beige background, and can be used for almost any home decor project one can come up with.